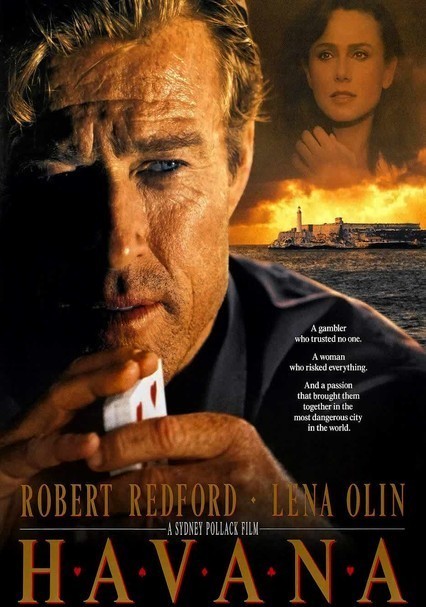 1990 R 2h 25m DVD
High-stakes poker player Jack Weil (Robert Redford) is looking to score big in the final hours of Batista's Cuba, a nation on the brink of a revolt. But Weil lands in dangerous political territory when he agrees to help the alluring wife (Lena Olin) of a communist revolutionary (Raul Julia). Alan Arkin and Richard Farnsworth co-star in this atmospheric drama helmed by veteran director Sydney Pollack.