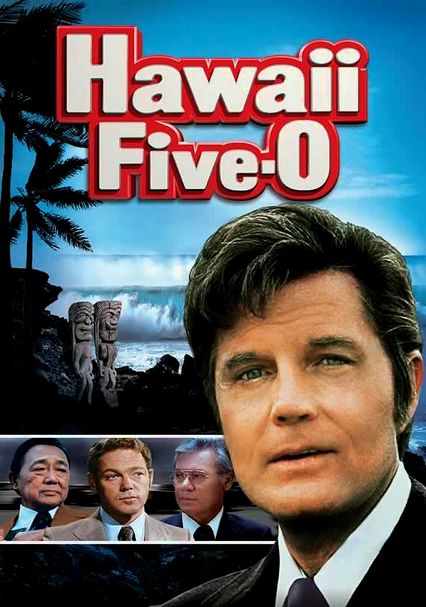 1968 TV-14 5 seasons
Gentle tropical breezes and an idyllic setting are no deterrent to the baddies populating the 50th state in this long-running series about a special police unit lead by ex-Navy intelligence officer Steve McGarrett (Jack Lord). Assisting McGarrett in his battle against Hawaii's most notorious criminals -- including long-time nemesis Wo Fat (Khigh Dhiegh) -- are Danno Williams (James McArthur) and Chin Ho Kelly (Kam Fong).

Top cop Steve McGarrett and his Five-O squad keep Hawaii safe in this vintage police drama. The no-nonsense McGarrett gets plenty of opportunities to utter his classic catchphrase "Book 'em, Danno" as the team tangles with killers and other baddies.

In Season 2 of the classic police force drama, the Five-O team (led by Jack Lord) goes up against a delusional World War II vet who doesn't realize the war is over, a college professor who brainwashes students and a bank robber with serious smarts. The pursuit of law and order plays out against an idyllic backdrop of surf and sand in this long-running series filmed in the Hawaiian Islands.

Dedicated detective Steve McGarrett (Jack Lord) and his No. 1 lieutenant "Danno" Williams (James MacArthur) fight crime and bring down the bad guys on the mean streets of the Hawaiian Isles in the eighth season of this enduring classic crime drama. Guest stars in this season include well-known greats such as Charles Durning, Ed Asner, George Takei, Simon Oakland of "Night Stalker" fame, Harold Gould, Donna Mills and more.

Hard-cracking police detective Steve McGarrett (Jack Lord) is back for a ninth season of this long-running crime drama shot entirely on location in Hawaii, with his ever-present sidekick, Danny "Danno" Williams (James MacArthur), standing by for bookings. The first episode takes the twosome all the way to Hong Kong to track a longtime nemesis (Khigh Dhiegh). But a nasty case of brainwashing could throw McGarrett's case off track.

Irish terrorists, modern-day pirates and Soviet spies are just some of the corrupt characters crossing paths with detective and Five-O crime squad leader Steve McGarrett (Jack Lord) in the 10th season of the long-running, Emmy-winning police series. Aided by his longtime partner Danny "Danno" Williams (James MacArthur), McGarrett, as always, stops at nothing to get his man and to keep the streets of Honolulu safe from criminals.