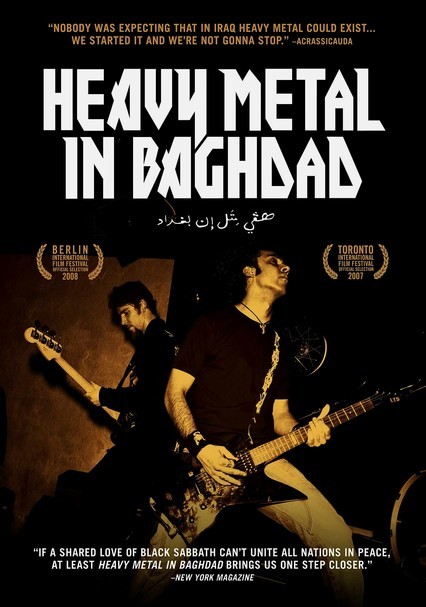 2007 R 1h 24m DVD
In 2005, Iraqi heavy metal outfit Acrassicauda put on a sold-out show in Baghdad. A year later, two journalists journeyed to Iraq to interview the band, only to find the rockers -- and the country -- torn apart by war. A fascinating glimpse into the daily life of young Iraqis dodging bullets in the streets, this documentary paints a portrait of a youth culture that somehow persists in the face of sectarian violence and war.