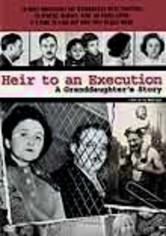 2004 NR 1h 39m DVD
A half-century after the controversial execution of Julius and Ethel Rosenberg as Communist spies in the service of the Soviet Union, the couple's granddaughter, Ivy Meeropol, reflects on their lives, principles and ultimate sacrifice. This documentary includes extensive footage of the Rosenbergs at the time of the trial, as well as commentary from the Rosenbergs' friend Morton Sobell and their son Michael Meeropol.