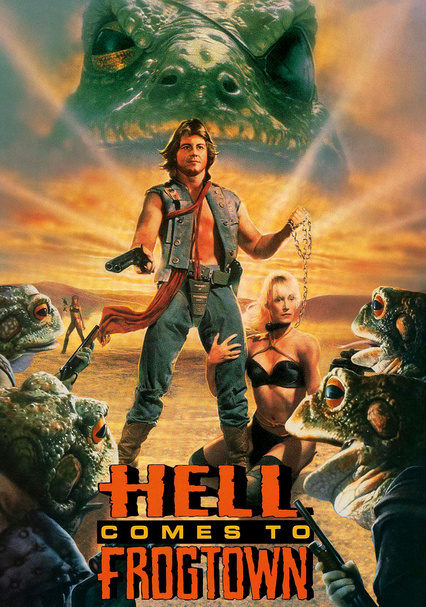 1987 R 1h 26m Blu-ray / DVD
In a post-nuclear holocaust wasteland, Sam Hell is like most other survivors; a nomadic scavenger roaming the bombed out remnants of the world for food and survival gear. But Sam is also harboring a major secret that even he isn't aware of: he's the last fertile man on Earth. As unexpected pregnancies are discovered, the remnants of the government decide to capture him and, with the aid of scientist Spangle, fit him with a secure chastity belt to ensure his virility is used only when needed. After learning that a group of women are being held captive by frog-mutant savages, Sam is sent on a rescue mission to free them and start repopulating the planet.