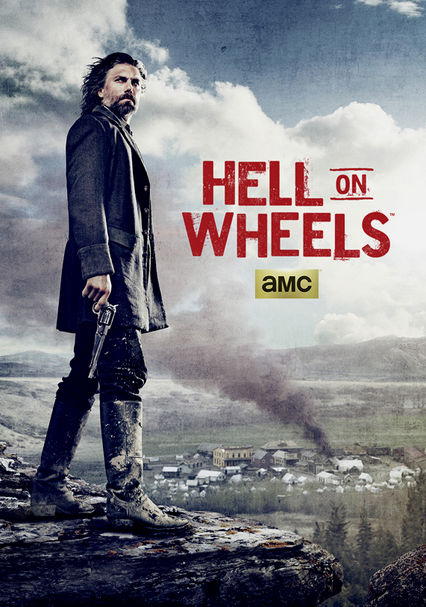 After the Civil War, Confederate soldier Cullen Bohannon seeks revenge on the Union soldiers who murdered his wife. His bloody quest takes him West, where he joins the tumultuous, nation-building effort to construct the Transcontinental Railroad.

Cullen Bohannon continues to seek vengeance for his wife and son's deaths during the Civil War. Meanwhile, he lives and works in Hell on Wheels, a gritty, lawless moving settlement that houses workers constructing the transcontinental railroad.

Season 3 of this groundbreaking series finds the United States of 1867 -- and Union Pacific's Cullen Bohannon -- focused on the future. With politics awash in corporate cash, Bohannon furthers his quest to make UPac the transcontinental leader.

As the Union Pacific Railroad stretches further west, Cullen Bohannon's push to complete the transcontinental undertaking reaches Cheyenne, Wyoming, where conflicts with the government and landowners slow his progress.

As the transcontinental railroad slowly makes its way west, Cullen Bohannon contends with a wealth of obstacles to its progress, involving him in local feuds and occasional unrest among the largely Irish building crew.

In the second half of the final season the transcontinental railroad slowly makes its way west, Cullen Bohannon contends with a wealth of obstacles to its progress, involving him in local feuds and occasional unrest among the largely Irish building crew.

Parents need to know that this adult-targeted drama portrays life more or less as it was in the post-Civil War "wild" West. That means you'll hear unbleeped language (including "s--t") along with racist terms like the N-word, "darky," and "chink," and see realistically violent conflict that results from stabbings, shootings and the like. Sexual content isn't graphic, but there's some sexual innuendo, kissing, and implied sex. Some characters drink socially, too, and occasionally get drunk.

Sexual innuendo, with kissing and implied intercourse. Some characters are prostitutes.

Violence isn't constant, but it is realistic and bloody, with injuries caused by guns, arrows, knives, etc.

Unbleeped swearing includes "s--t," "damn," and "hell" (which, obviously, is in the title, too). Characters also use racist terms like "darky," "chink," and the N-word.

The general mood is pretty bleak, with major themes of revenge, corruption, and greed. There's generally little sense of legality, either.

Some social drinking, occasionally to the point of drunkenness.