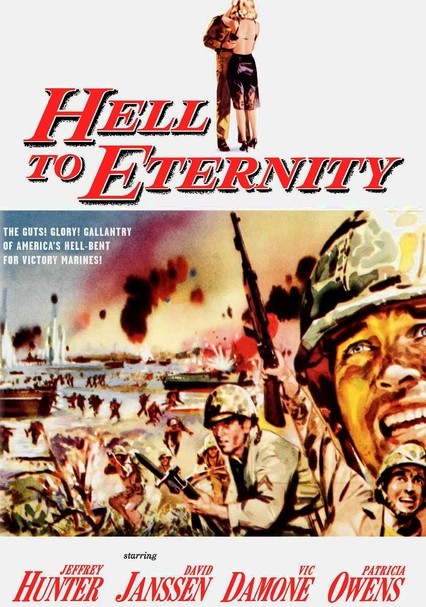 1960 NR 2h 12m DVD
When his Japanese-American foster family is sent to an internment camp, young Guy Gabaldon (Jeffrey Hunter) is drafted into the Marines in this war drama based on a true story. A Mexican-American, Guy becomes a hero for his valiant efforts as a Japanese interpreter at the Battle of Saipan. David Janssen and Vic Damone also star. Nicknamed "the Pied Piper of Saipan," Gabaldon was awarded the Navy Cross and the Purple Heart for his heroism.