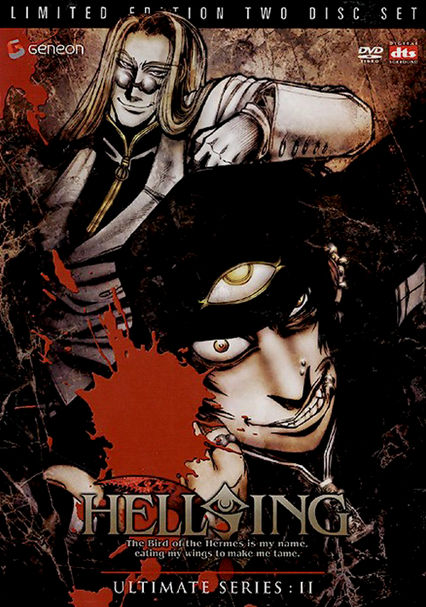 2006 NR 0h 46m DVD
The epic adventures of the powerful vampire Alucard and his newly undead companion Seras Victoria continue in the second volume of action from this movie-length anime based on Kouta Hirano's popular manga. After a traitor within the Hellsing Organization leaks secret information to the media, Alucard and the rest of the members must defend their headquarters from attack by a pair of ruthless brothers and their undead army of soldiers.