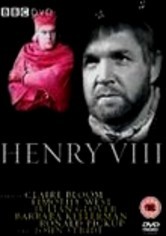 1979 NR 2h 46m DVD
With his sights set on marrying the young and captivating Anne Boleyn (Barbara Kellerman), King Henry VIII (John Stride) attempts to take on the Catholic Church so he can divorce his current wife, Katharine of Aragon (Claire Bloom). Deception, betrayal and power fuel this critically acclaimed staging of William Shakespeare's last-known play, a production that was filmed on location in castles and estates throughout England.