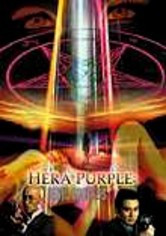 2001 NR 1h 33m DVD
A series of young men are murdered, each found disemboweled. Haerim, a middle-aged woman, goes under hypnosis to cure her nightmares, and her doctor discovers that she was raped as a girl and seeks revenge by murdering her rapists in her dreams. Could Haerim be an incarnation of the Goddess Hera -- a woman who comes back from the dead to kill the men who raped her?