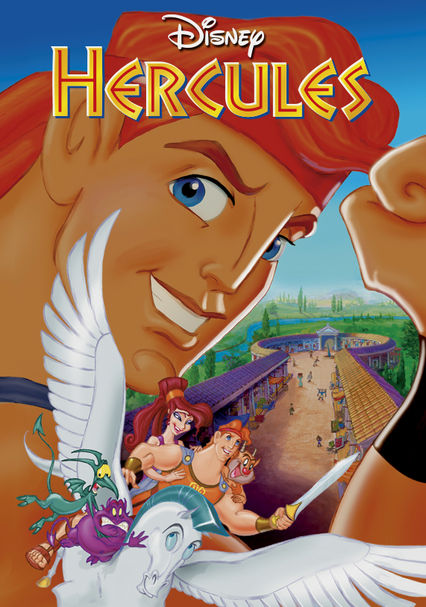 1997 G 1h 33m Blu-ray / DVD
In Disney's animated take on Greek mythology, the heavenly Hercules is stripped of his immortality and raised on Earth instead of Olympus, where he's forced to take on Hades and assorted monsters.

Parents need to know that this movie about what it really means to be a hero is a shade darker than many other Disney blockbusters. There's a lot of gore and intense, scary stuff for a G-rated movie, including gruesome monsters and end-of-the-world images (floods, fires, ice storms, mass destruction) that might overshadow the more lightheated musical components. Some kids may also be confused or even upset about the underworld and what happens when people die.

Meg is forced to handle Hercules "like a man" if she wants her freedom. Hercules and Megshare a couple of long kisses. Phil spies on nymphs swimming and chases them.

Hades is a slimy, terrifying guy whose sharp teeth and hot temper are likely to frighten the youngest viewers. Hercules fights monsters, decapitating a hydra from inside of its long neck, only to watch it grow a bunch of more heads and attack him. Dead bodies are shown in the underworld and dying people are shown floating in a sea of death. Apocalyptic scenes, characters in peril.

The movie's overarching message is about learning what it means to be a real hero -- as opposed to a celebrity.

When Hercules gains popularity, he gets a credit card with his name on it; there's also a Hercules store with lots of Hercules dolls on the shelves, and kids wear Air Herc shoes and drink Herculade. In other words, success means having your name on lots of products.

Hades smokes a cigar and drinks a martini when he celebrates success.