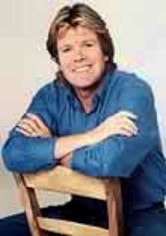 2005 NR 0h 45m DVD
Part of the second British invasion in the 1960s, Herman's Hermits and band front man Peter Noone played to capacity crowds all across America. The squeaky-clean group -- which garnered three Grammy nods -- amassed 11 top-ten songs and sold more than 75 million records. Among the great retro tunes on this concert video are "I'm Into Something Good," "I'm Henry the VIII, I Am" and "Mrs. Brown, You've Got a Lovely Daughter."