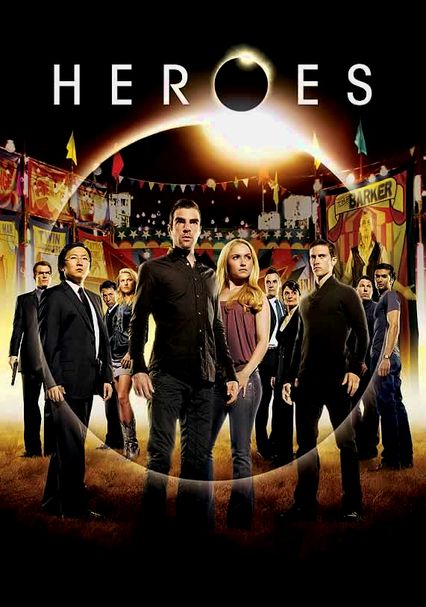 After a riveting first-season cliffhanger, round two of this top-rated superhero drama finds Hiro transported to 17th-century Japan and surrounded by samurai warriors -- just in time for a solar eclipse. Can he fight his way back to the 21st century.

In the third season of this hit science-fiction series, the forces of evil rise up as a rejuvenated Sylar joins them in their attempt to destroy Earth once and for all. Meanwhile, Nathan and Peter try to pull their mother back from the dark side.

The saga ends with the fourth and final season of this popular series as Hiro, Peter, Claire and the other heroes continue to come to grips with their supernatural abilities and the dark forces that are aligned against them.

Parents need to know that, while teens are definitely going to want to watch this comic book-like fantasy drama, it's at the far end of iffy due to its significant graphic violence. A central character who's incapable of getting injured frequently suffers debilitating injuries (burning, falls, mutilation), only to walk away unscathed; there are some disturbingly gory murders (heads cut open, bodies impaled by knives and other sharp objects); and explosive images of potential Armageddon are frequent. The show also has some relatively mild sexual content and language to watch out for, but the violence is the big issue here.

One of the original "heroes" is a Las Vegas stripper who runs a Web pornography business out of her home and is shown stripping for a webcam (no real nudity) and seducing another character in her underwear. Other characters are shown in bed together (no sex on screen), with implied nudity. In at least one episode, two young women share a kiss.

Significant amounts of blood and guts, and several graphic murder scenes. Some of the visuals are shockingly gory and may turn even the strongest of stomachs. Characters are constantly in peril and/or risking themselves to help others. Frequent images of potential Armageddon -- explosions, destruction, etc. The characters' goal is to prevent that from happening, but the images are frequent and scary.

Overall the show's messages are similar to those of most superhero stories -- it's right for good to triumph over evil, characters who see the light deserve a second chance, etc. But plotlines can get very convoluted, with characters changing sides/alliances frequently, and it's sometimes hard to keep that in mind.

One hero has a heroin addiction; other characters (including some underage) are shown drinking socially on occasion.