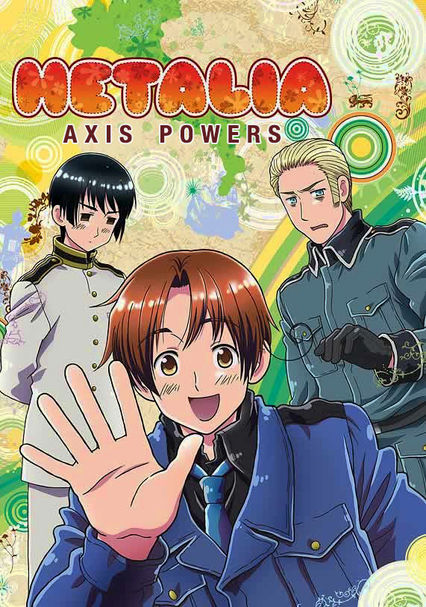 2008 TV-MA 1 season
Personifying as children the nations of Germany, Japan, America, England and other Axis and Allied countries in World War II, this anime series follows the lads as they get into sticky situations that recall world events of the early 20th century.

With a loose nod to history (and a smattering of ethnic stereotypes), this inventive anime personifies the Axis powers that we all know from World War II -- Italy, Germany and Japan -- and re-imagines them as super-cute boys.