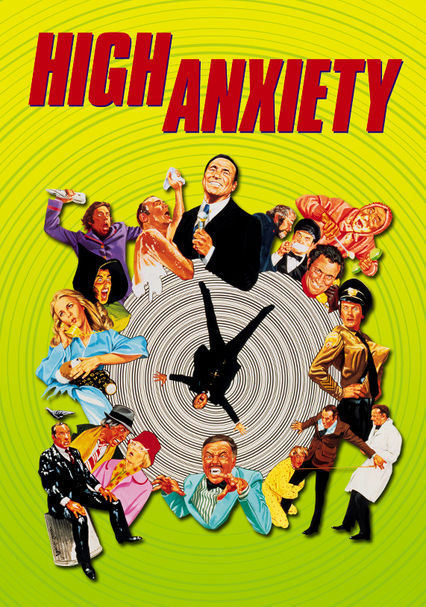 1977 PG 1h 34m DVD
Psychiatric administrator Dr. Thorndyke finds some bizarre shenanigans occurring at the Psychoneurotic Institute for the Very, Very Nervous. But when he's framed for murder, Dr. Thorndyke must confront his own neurotic demons to clear his name.

Parents need to know that this spoof on Hitchcock movies contains some adult themes, such as mental illness, bondage, and some violence (a fall from a great height and a gunshot wound). But since it's a spoof, the real Hitchcockian suspense and tension is replaced with silliness.

Comedic references to adult situations, such as bondage. A character is shown tied up and being spanked. Characters kiss passionately. A man in an insane asylum who thinks that he is a dog humps another man's leg.

Mild Hitchcock-style violence, including gunshot wound and a person falling from great heights.

Not frequent, but still includes "bulls--t," "hell," "damn," "crap," "son of a bitch," "penis envy," and references to body parts in the name of psychology.

Not much of a message to glean from this fun comedy except maybe that imitation is the best form of flattery. Viewers may also notice that the psychiatrists conference doesn't include many people of color or women.

The Hyatt Regency in San Francisco gets a big send-up.

Adults drink wine and brandy with dinner. Drinks at a piano bar lead to a musical solo by Dr. Thorndyke. Adults smoke cigars and cigarettes.