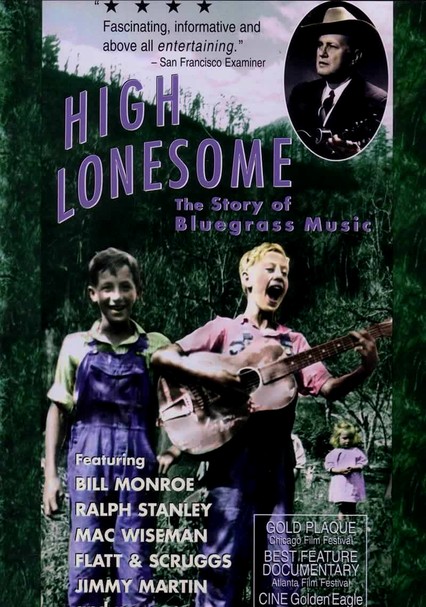 1994 NR 1h 35m DVD
Longtime fans of bluegrass music and those only recently discovering it will appreciate this documentary on the genre, which was born of a combination of African and Celtic sounds and is the base of American country music. This film traces the musical form from its Appalachian roots to the present and features more than 100 songs performed by legends such as Bill Monroe, the Stanley Brothers, Mac Wiseman, Jimmy Martin, Flatt & Scruggs and others.