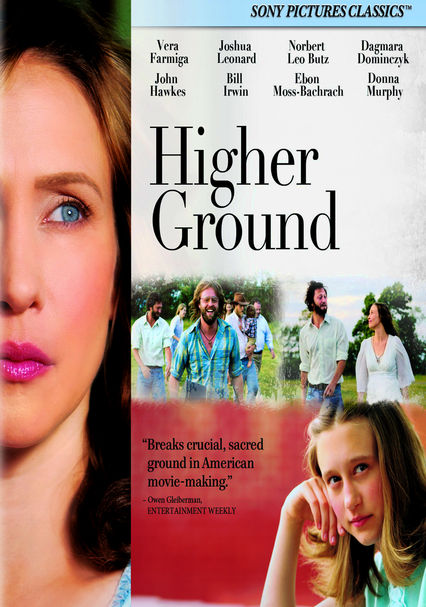 2011 R 1h 52m Blu-ray / DVD
Vera Farmiga stars in and directs this sensitive and searching chronicle describing one woman's lifetime journey of faith -- one that initially leads her to join a fundamentalist sect and then leave it again years later.

Parents need to know that this affecting, complex drama depicts a faithful woman struggling to reconcile her doubts with her religious beliefs. It's a bracingly honest portrayal that doesn't buy into the typical stereotypes of either the pious or the questioning. The lead character starts her relationship with God in earnest as a teen mom; the road that leads her there is revealed straightforwardly: She's shown having premarital sex (though there's no nudity) and struggling to understand the adults around her, many of whom have lost their moorings themselves. These are heavy themes, which -- along with the movie's sexual content (in addition to teens having sex, characters also frankly discuss body parts and how to pleasure the opposite sex) and swearing -- makes it a better fit for older viewers.

Teens are shown making out and seemingly having sex (viewers mostly hear grunts and hints of movement; there's no nudity). A married woman flirts with men who aren't her husband. A group of men discusses how to pleasure their wives; parts of the vagina are mentioned. Two women draw their husband's penises on paper.

A car crash puts a child's life in peril. A married couple fights; once, it gets ugly, with the man nearly choking the woman. Another couple screams at each other within earshot of their kids.

The movie is an earnest, honest examination of faith and how different people form their beliefs and handle the struggle to remain faithful in the face of doubts.

A woman is found to have cocaine in her luggage, which a child discovers and plays with.