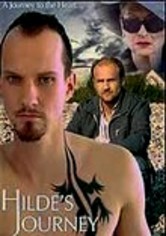 2004 NR 1h 30m DVD
Being named heir to his ex-boyfriend Martin's vast fortune is a much needed windfall for Steff (Oliver Stokowski), a simple carpenter who has a dream of starting his own business but lacks the cash to do it. Unfortunately, getting his hands on the money involves making a deal with his dead ex's homophobic mother &NFinot&NFi_; to honor Martin's last wishes, a decision that drives Martin's other ex (Michael Finger) over the edge.