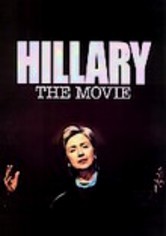 2008 NR 1h 30m DVD
Released during her 2008 bid for the U.S. presidency, this provocative documentary examines the political foibles of Sen. Hillary Rodham Clinton through interviews with more than 30 journalists and politicians. Delving into the senator's involvement with the futures market, her Senate race and her Senate record, the film includes appearances by Dick Morris, Newt Gingrich, Ann Coulter, Robert Novak, Bay Buchanan and more.