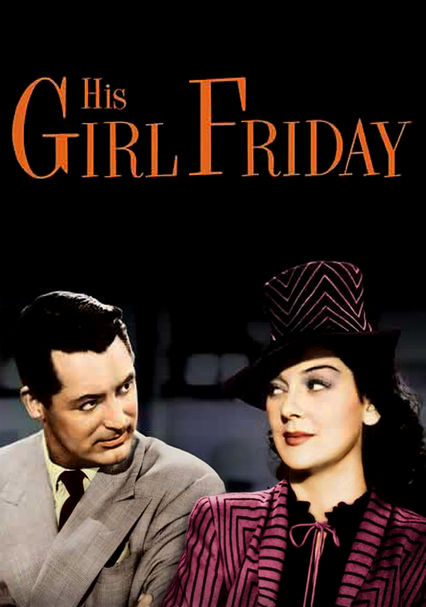 Parents need to know that while there's no sex or bad language in this film, you do see a character jump out the window to her death and many characters pull guns on one another. There's also a considerable amount of underhanded behavior. For instance, Walter has Bruce arrested twice, gives him counterfeit money, and plans to rig the election with biased reporting.

Some gazing into eyes, but that's it.

A surprising amount of violence, including a woman jumping from a window. We see her face-down on the pavement below. Gunshots are aimed at a press room. Many characters aim guns at one another. Characters threaten to hurt one another, saying things like "I'm going to kick you in the teeth."

A lot of underhanded behavior, including lying, passing counterfeit money, stealing, gambling, bribery, and conniving. There's also considerable sexism: When a woman walks into the newsroom, one of the reporters says, "Take off your shirt." On the plus side, Hildy is a strong female role model, showing tenacity, brains, and compassion.

Everyone smokes cigarettes and Hildy and Walter take their coffee with rum.