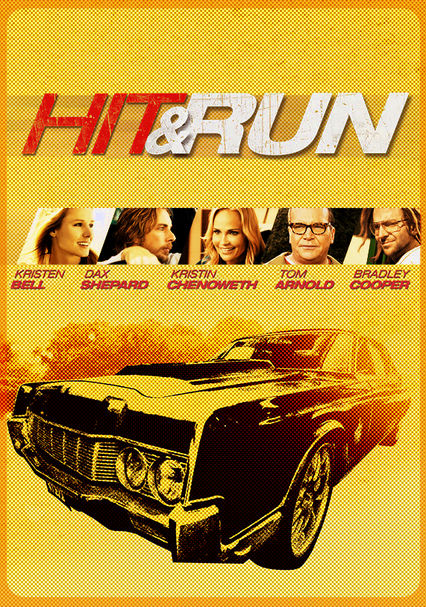 2012 R 1h 40m Blu-ray / DVD
Determined to get his fiancée to Los Angeles to take advantage of an amazing opportunity, Charlie Bronson breaks out of the witness protection program to drive her -- and soon the two are being chased by the feds and Charlie's old gangster buddies.

Parents need to know that Hit & Run is an action comedy that includes brief full-frontal nudity, drug use, violence, and extremely strong language -- all of which make it inappropriate for young teens. The language is pervasive -- nearly every line of dialogue contains a "f--k" or "s--t," and there are some potentially offensive comments about rape and ethnicity. In two brief scenes, the audience sees a group of seniors completely naked (an orgy is implied but not shown), but otherwise the sexuality is more PG-13 than R (some passionate kissing, conversations in bed, a reference to a massage having a "happy ending" and discussions of sexual orientation). Violence includes bloody hand-to-hand combat and gun use, though overall the movie's tone is light.

Several mentions of rape are made in an off-hand manner, including an extended, uncomfortable conversation about prison sodomy and a casual, almost comical reference to alcohol-fueled date-rape. The dialogue makes it seem like rape can be a funny subject. A U.S. Marshal with terrible aim has a gun that goes off easily. A couple of bloody hand-to-hand encounters: One nose-breaking results in a blood-splattered face and shirt, another guy is temporarily knocked unconscious, and a third guy is dragged by a dog collar. One man is shot in the shoulder, and another is continuously punched in the face. Lots of scrapes and bruises for the main characters, but no one is killed.

Amid the movie's chaos and over-the-top content are worthwhile lessons about honesty, unconditional love, and changing your life.

Adults are shown smoking marijuana and drinking heavily. A character keeps mentioning the benefits of taking prescription pills (like Xanax) and adding liquor in for a "kick."