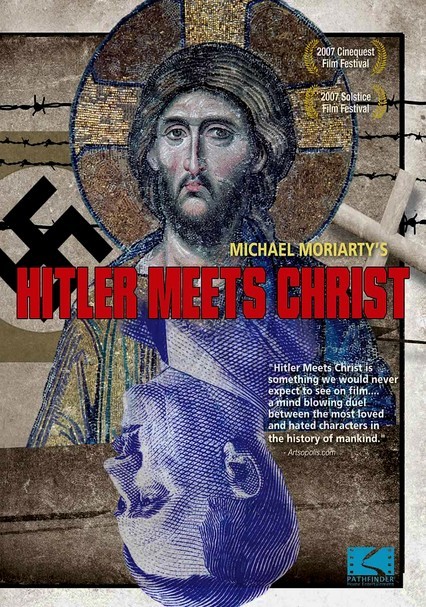 2007 NR 1h 16m DVD
In this provocative pairing of opposites, two men embodying the spirits of Hitler and Christ meet in a seedy train station for conversation, debate and some unexpected understandings. As a derelict Hitler spews hateful philosophies, his revilement is met head-on by the tenacious compassion of his Christ-like companion. Michael Moriarty and Wyatt Page star in this engaging film adaptation of Moriarty's controversial play.