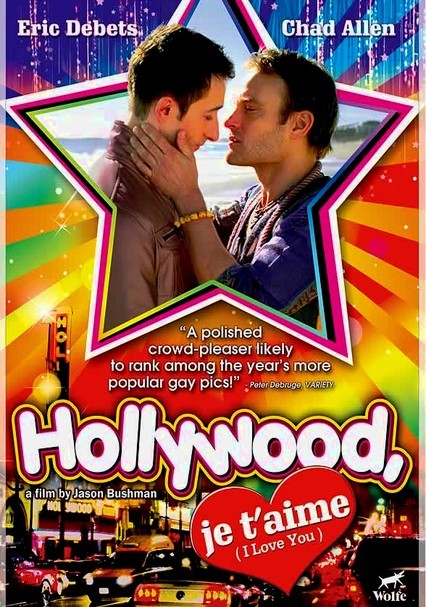 2008 NR 1h 35m DVD
After Parisian Jerome catches his boyfriend with another guy, he heads to Hollywood to create a new life for himself in this charming comedy-drama. Soon, he finds himself in an always-sunny world full of quirky Los Angeles natives. But as he pursues his dream of becoming a star, Jerome learns some unexpected lessons about love and friendship. Written and directed by Jason Bushman, the film stars Eric Debets and Chad Allen.