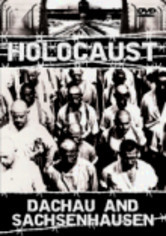 2005 NR 1h 0m DVD
With the help of heart-wrenchingly explicit archival footage, this somber documentary captures the daily realities of two of the Third Reich's most notorious concentration camps, Dachau and Sachsenhausen, where thousands of innocent prisoners died. At Dachau alone -- the more notorious of the two camps -- more than 500 experimental operations were performed on healthy subjects during 1941 and 1942.