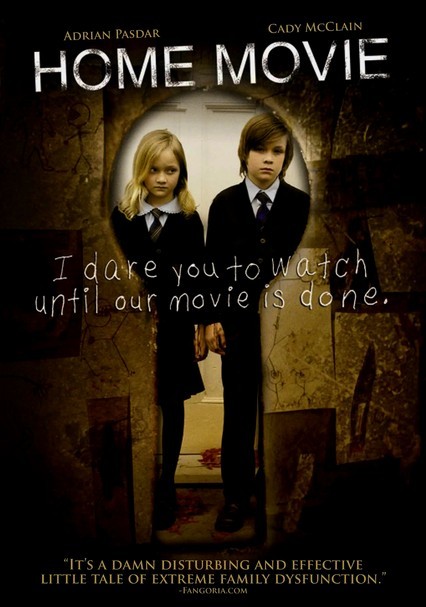 2008 R 1h 16m DVD
Lutheran minister David Poe (Adrian Pasdar) has documented just about every moment of his twins' lives on his camcorder. But even he and his therapist wife, Clare (Cady McClain), don't see the terror living under their roof in the form of their twins, Jack and Emily. This chilling assemblage of snippets from David's camera reveals the children's horrific behavior, random acts of violence the Poes are unable to stop until it's too late.