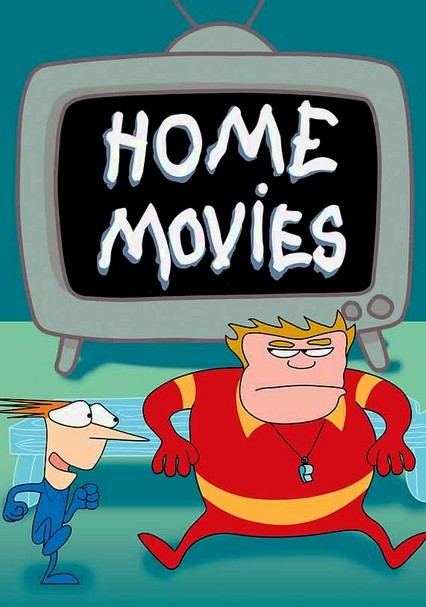 1999 TV-14 4 seasons
This riotous animated series follows the outlandish misadventures of third grader Brendon Small, a filmmaking wunderkind who takes his camera everywhere to record the trials and occasional triumph of his prepubescent life. When he's not chronicling the dangers of stuffing marbles up one's nose, he's tooling around with boozy soccer coach McGuirk, trying (and failing) to rock out with pals Jason and Melissa, and more.

Precocious, pint-sized indie filmmaker Brendon Small captures the trials and tribulations of his 8-year-old life in this Season 1 collection of the animated series, which aired on Cartoon Network's Adult Swim.

Pint-sized indie filmmaker Brendon Small cranks up his guerilla moviemaking tactics a notch in the second round of this hilarious cartoon series. This season, Brendon sneaks away from a class trip to film a movie in a five-star hotel.

Third-grade film whiz, Brendon Small, is back behind the camera for a third season of irreverent hilarity in this offbeat animated series as his best friends, Jason and Melissa, join the budding auteur in shaking up the Renaissance Festival.

In the final season of this animated series, filmmaking third-grader Brendon and his pals debut a rock opera; Brendon visits the dark side; and more. Alternative rockers They Might Be Giants guest star as quirky camp counselors.

Parents need to know that although this series about a boy who likes to make movies with his best friends is animated, it often explores relatively mature topics about families, marriage, and divorce. There's not too much in the way of swearing, sex, or violence, but the jokes and themes might not be very entertaining for young viewers. The main character, Brendon, lives with his single mom, while his friend Jason seems to have little contact with his parents. The kids themselves must often bend a few rules in order to plan and shoot the scenes for their movies.

Characters call each other "stupid" and say "shut up" and "ass." Some references to bodily functions, as characters sometimes "gotta pee" or throw up.

The series portrays Brendon's filmmaking efforts as worthy and artistic ventures, requiring creativity, imagination, and focus. That said, it also delves into complex family issues, touching on divorce, absent and neglectful parents, and the complicated relations within blended families.

Some episodes have references to well-known movies.

One of the adult characters has a drinking problem.