Home from the Hill 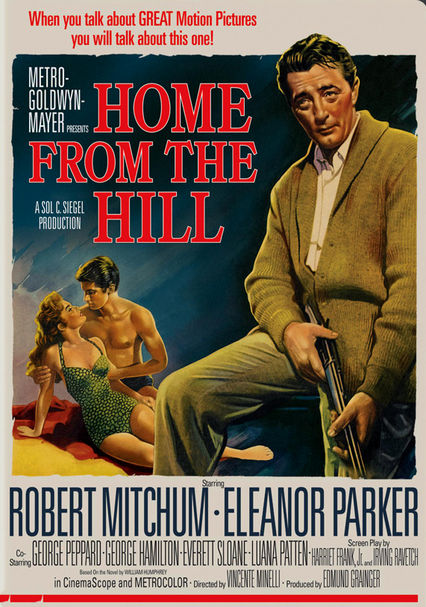 Home from the Hill

1960 NR 2h 30m DVD
Based on William Humphrey's novel, this drama directed by Vincente Minnelli explores the tangled relationships between members of a wealthy Texas family. Patriarch Capt. Wade Hunnicutt (Robert Mitchum) has a penchant for womanizing. His disillusioned wife (Eleanor Parker) finds solace in the arms of Wade's illegitimate son (George Peppard) -- who then clashes with his half brother (George Hamilton) when they both fall for the same woman.