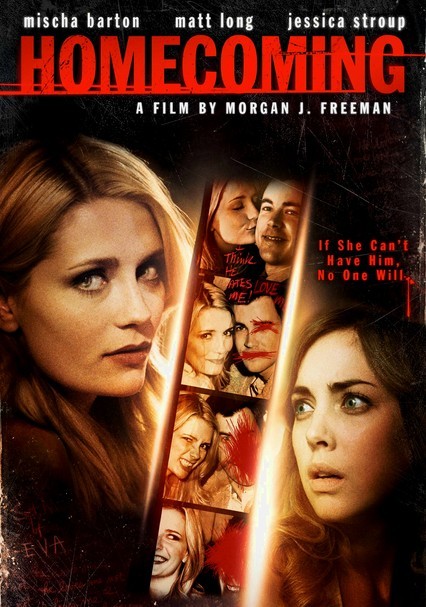 Parents need to know that teens may want to see this predictable (though frequently gory) thriller because it stars TV faves Mischa Barton and Jessica Stroup, but it's really not worth their time. Neither female character is a worthwhile role model, and the movie is full of underage drinking, swearing, sexual overtones (and scenes of groping/making out), and heaps of violence -- with many lingering shots on the carnage.

A couple nearly has sex in a bathroom (tons of groping and kissing, but they stop short). A woman parades around in her underwear and tries to seduce another woman's boyfriend. A character views scenes of kissing on videotape. One character talks about women as sex objects.

Slightly cheesy but plentiful, with lots of gore. A man is shot up close; a woman bashes an injured woman's leg to make her more helpless and stabs a man with an axe; a battered body is shown up close, blood oozing out. There's also a secondary storyline involving the murder of a mother.

Everything from "damn" to "f--k" (though fairly sparingly).

Ultimately, the movie's message is a very predictable one: "Psychosis never pays." But the film sure takes its time to say it, lingering over violent behavior from the obsessive ex-girlfriend. At one point, her ex gives in to her seduction, even though she's so creepily straightforward about her continued interest in him. There's also some materialistic emphasis on the clothes Elizabeth wears.

Frequent shots of the iPhone, as well as car and liquor logos.

Lots of drinking at bars and social gatherings by college kids who are underage freshmen. They do shots and drink beer.