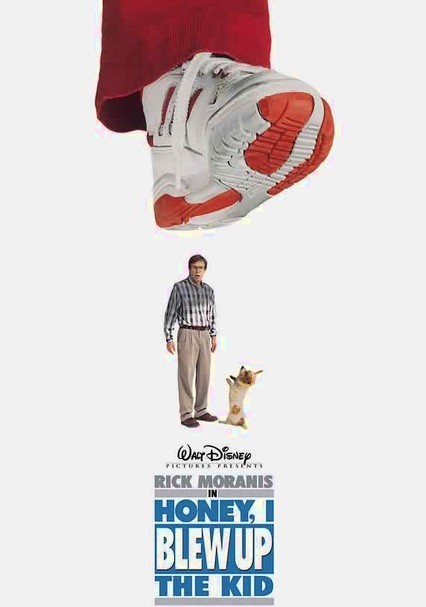 1992 PG 1h 29m DVD
In this sequel to Honey, I Shrunk the Kids, hapless scientist Wayne Szalinski turns a tiny problem into an even bigger one when his invention transforms his 2-year-old son into a giant toddler.

Parents need to know that this movie avoids realistic violence, sexual situations, and foul language. The film does include images of an out-of-control child and parents who are unable to control him. It shows parents engaging in reckless driving and various individuals putting personal gain in front of the well-being of children. If parents are concerned about such images, they may want to think twice about allowing kids to watch this overall harmless film.

Humorous tying up of unsuspecting babysitter, reckless driving, humorous roughhousing due to contrasting scale between the baby and everything else, minor threat of violence from bad guys who are trying to stop the baby, minor fisticuffs.

While the majority of the characters are trying to do what is the best for the baby, irresponsible parents put the toddler in jeopardy in the first place. In addition, one scientist is far more interested in his own career than helping the innocent (and enormous) toddler.