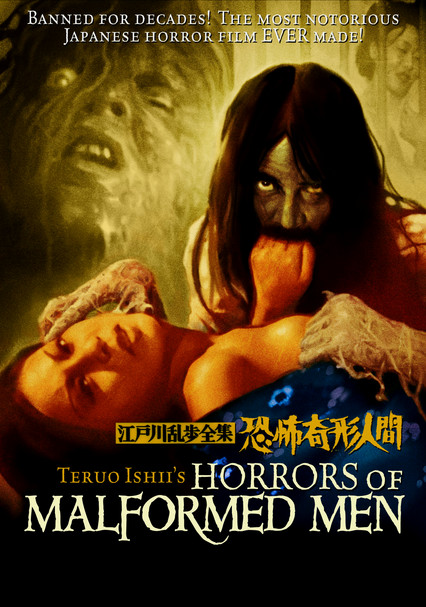 1969 NR 1h 39m DVD
A medical student searching for his father discovers a deranged scientist on a remote island whose experiments combine humans and animals to produce terrifying creatures in this surreal and horrifying tale. The student soon unearths disturbing facts that link him to some appalling truths. Adapted from stories by horror author Rampo Edogawa and directed by Japanese exploitation auteur Teruo Ishii, the film remains banned in its native Japan.