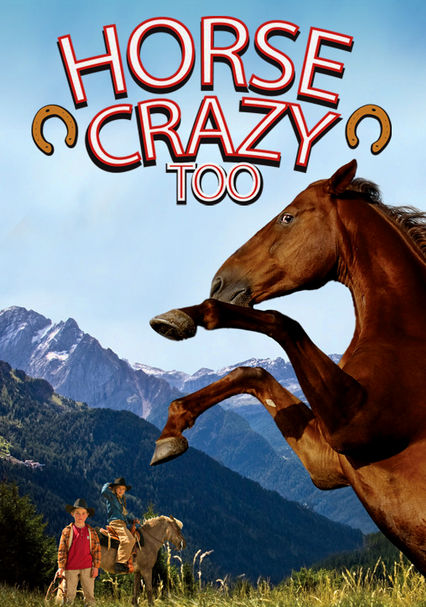 2010 NR 1h 27m DVD
After criminals steal a valuable foal, the animal's owners will lose their ranch unless the young horse is found and returned. So the family's two kids and their teenage babysitter embark on a quest to track down the thieves and recover the pony.

Parents need to know that Horse Crazy Too is, essentially, an amateurish copy of Home Alone, only this one is set on a ranch in Arizona instead of a suburban home. Also, for horse lovers, there really aren't that many scenes with horses, and no scenes where characters actually ride a horse. There is some potty humor, when the kids who fight back against the horse-stealing ex-convicts decide to fill balloons with horse excrement. Later, these same kids place one of these balloons into the driver's seat of the sports car belonging to the banker who seeks to repossess their ranch. While the first Horse Crazy movie had bad acting and at least some level of action and unpredictability, this sequel only has bad acting and little else to recommend it.

While clearly attracted to each other, teens Blake and Sam maintain a wholesome and respectful distance from each other.

A bumbling escaped convict and his equally bumbling cousin are often shown chasing after the children who live on the ranch. A teen ranch hand throws his cell phone in the face of one of these bad guys. The kids on the ranch fight back against the bad guys by filling balloons with horse excrement and throwing it at them. They construct elaborate traps in the barnyard, culminating in one of the bad guys ending up with a bloody nose, and both convicts hanging upside down.

Characters employ teamwork to solve their problems. A family discusses the necessity of having faith in miracles during difficult times.