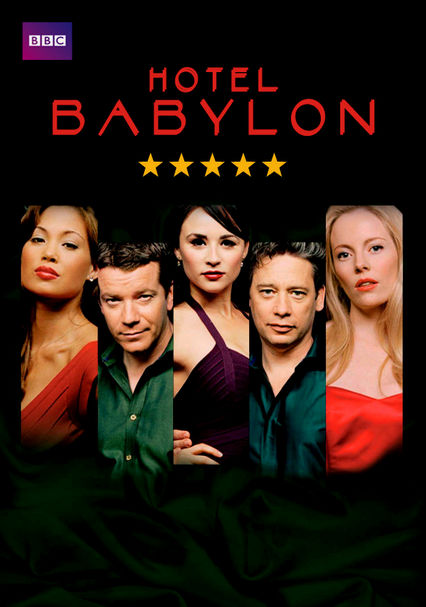 2006 TV-14 2 seasons
Hardships abound for the wealthy and spoiled clientele of one of London's poshest hotels, as witnessed behind the scenes by the men and women who must serve them as employees of Hotel Babylon.

Hotel manager Rebecca Mitchell has her hands full this season as a cult leader plots Armageddon from his suite, a tycoon tries to take over the hotel and a businessman threatens to jump from the roof.

Return to London's posh Hotel Babylon, where newly installed manager Charlie Edwards and his staff cope with a hostage crisis, an underage prostitute and two movies being filmed at the hotel -- one of them pornographic.

Parents need to know that since this racy British drama follows the wealthy, self-indulgent patrons of a fictional five-star London hotel, topics like drug use, drinking, prostitution, and extramarital affairs are common. What's more, because plenty of scenes focus on the staff's efforts to promote their guests' lavish lifestyles -- all in order to increase profits and tips -- the show glorifies greed. Strong language (including "s--t"), prevalent sexual content (including brief partial nudity, with short glimpses of breasts), and mature issues like suicide and gun violence are typical fare. Bottom line? It's a guilty pleasure waiting to happen ... for grown ups.

Implications abound, ranging from the presence of adult toys (a bare-breasted blow-up doll, for example) to sex sounds heard through a hotel room door. Nudity is mostly limited to shots of naked women from behind, with brief glimpses of their breasts. There's plenty of kissing, and prostitution is common in many episodes.

Violent events like suicide, shootings, and fistfights occasionally play a role in the plot.

Most characters don't have many morals to speak of. Staff members demonstrate a fair amount of greed in their efforts to get guests to spend a lot and give big tips. Characters have affairs, use drugs, hire prostitutes, and engage in various other unhealthy activities.

Drinking, smoking, and drug use are common among both hotel guests and staffers.