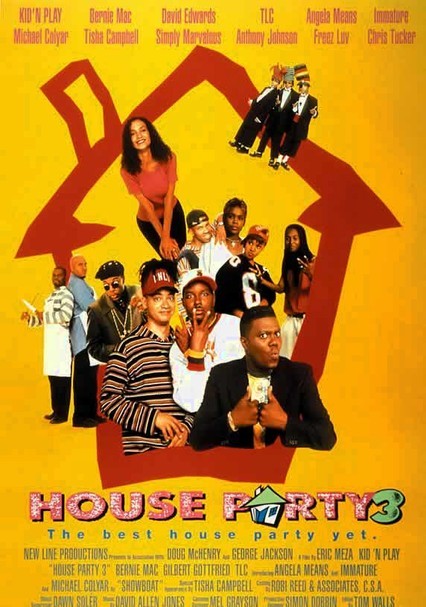 1994 R 1h 33m DVD
In this third installment of the hilarious comedy, rappers Kid 'n Play (respectively, Christopher Reid and Christopher Martin) pull out all the stops for one last hurrah. Before Kid can say "I do," Play wants to throw him the biggest, baddest bachelor party ever -- much to the disappointment of Kid's bride-to-be (Angela Means). The all-star supporting cast includes rhythm-and-blues supergroup TLC, Chris Rock, Gilbert Gottfried and Bernie Mac.