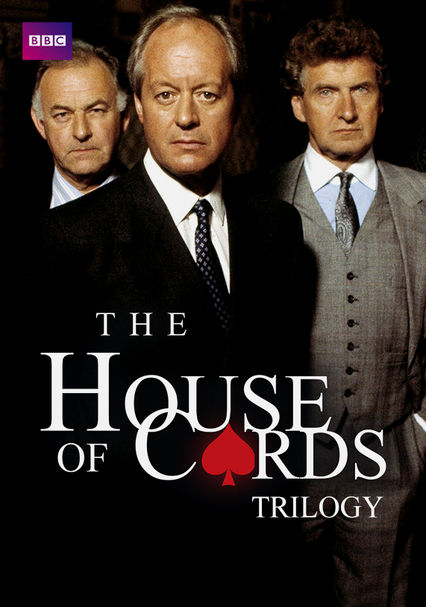 1990 NR 3 seasons
After he's passed up for a promotion, British politician Francis Urquhart vows to exact revenge on the system that's holding him back. Through charm and persuasion, Urquhart gains the trust of his colleagues while simultaneously undermining them.

Conservative Party whip Francis Urquhart expects to be handed a high-level cabinet position upon the election of a new prime minister. When he's told he hasn't been promoted, Urquhart chooses to exact revenge by creating dissent within the party.

Now firmly entrenched as prime minister, Francis Urquhart faces a fresh challenge when the new King expresses a desire to reshape British society. With the help of a new adviser, the PM aims to hold the King at bay and retain absolute power.

Ruthless prime minister Francis Urquhart wants to leave his mark on the world before his term as the political leader of Great Britain ends. But skeletons in his closet keep raising their ugly heads and threaten to bring about his ruin.