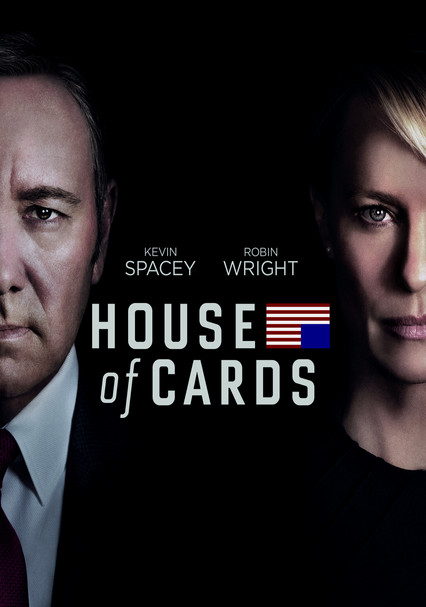 2013 TV-MA 6 seasons
Ruthless politician Francis Underwood and his ambitious wife Claire will stop at nothing to conquer Washington D.C. in this dark political drama, winner of four Emmy Awards, including Best Director, and two Golden Globes for Best Actor and Best Actress.

Betrayed by the White House, Congressman Francis Underwood embarks on a ruthless rise to power by manipulating a young reporter and a miscreant colleague. His wife Claire is a willing accomplice until their uncommon marriage shows strain.

The Underwoods continue their ruthless rise to power. New alliances form while old ones succumb to deception and betrayal. Francis and Claire must battle threats past and present to avoid losing everything.

The power Frank and Claire Underwood always craved is finally in their hands. But it's one thing to get it. With old threats still out there, an election coming, and new, unexpected foes rearing their heads, keeping it will be the real test.

As Frank Underwood continues pushing his AmWorks jobs program, political opponents line up to chase him out of the White House in the 2016 election, putting extra pressure on the whole team.

While Frank and Claire Underwood have long been each other's staunchest supporters, their relationship shows signs of strain as they campaign on the all-Underwood ticket for the White House. Patricia Clarkson and Campbell Scott join the cast.

With Frank out of the picture, Claire Underwood steps fully into her own as the first female president, but faces formidable threats to her legacy. The final season of the Emmy Award-winning drama builds to a tense and unforgettable close.