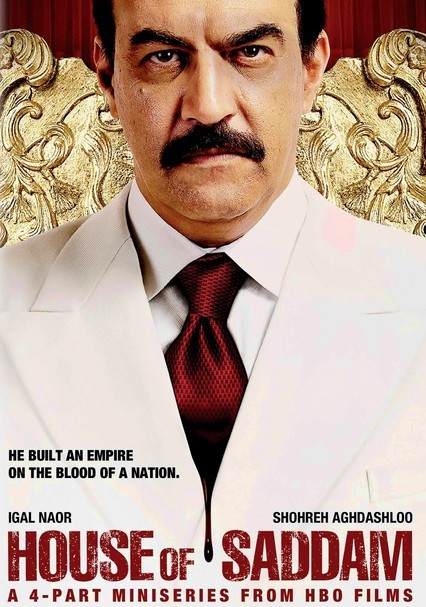 2008 TV-MA 2 discs
After seizing control of Iraq in a brutal 1979 coup, Saddam Hussein (Yigal Naor) maintains power for almost a quarter century despite swelling animosity toward him both at home and abroad. Charting the rise and fall of the infamous dictator, this enthralling HBO-BBC co-production also stars Shohreh Aghdashloo (in an Emmy-nominated role) as Saddam's first wife, Sajida, Philip Arditti as his oldest son, Uday, and Said Taghmaoui as his half-brother, Barzan Ibrahim.