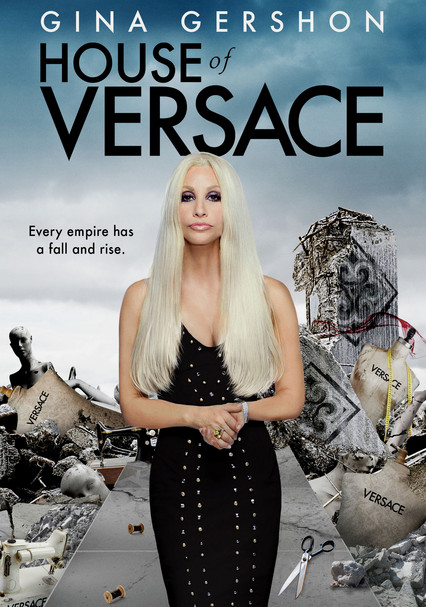 2013 NR 1h 28m DVD
Donatella Versace's dramatic and gilded life is captured in this biopic based on the best-selling book about the superstar designer. By reinventing the Versace empire after brother Gianni's tragic death, Donatella soon forges her own legend.

Parents need to know that House of Versace is a relatively mild biopic about the Versace family, but it does include scenes with cocaine use, smoking, and drinking, with some consequences. As with many dramas set in the modeling world, there are many shots of scantily clad models, both backstage and on the runway, and the camera lingers on their body parts. The camera also scans up the body of a young tween girl. There is brief footage of the real-life murder of Gianni Versace; we see blood and Versace on a gurney being worked over by EMTs. Parents may also be concerned that movies about the fashion industry in general focus on appearance and image above all else. However, House of Versace also stresses hard work and families pulling together in times of crisis; the members of the Versace family come across as admirable and plucky.

A married couple cuddle in bed half-dressed; the camera lingers on body parts and there are many shots of scantily dressed models. At one point the camera pans lasciviously up the body of a young tween girl.

Brief footage of the real-life murder of Gianni Versace. We see blood and Versace on a gurney getting chest compressions.

Some cursing, mostly conversationally: "Put your hand on her ass," Donatella advises one model to another mid photo-shoot.

Family unity and succeeding through hard work is stressed in House of Versace, which also imparts messages about celebrity worship and image mattering beyond all else.

The movie is about real people with a real (very expensive) fashion line, which is available for sale at many boutiques. Real celebrities are also mentioned: Madonna, Sharon Stone.

We see characters onscreen drinking and smoking. Donatella Versace is addicted to cocaine and other drugs and at one point enters rehab to quit. But before that we see her snorting onscreen.