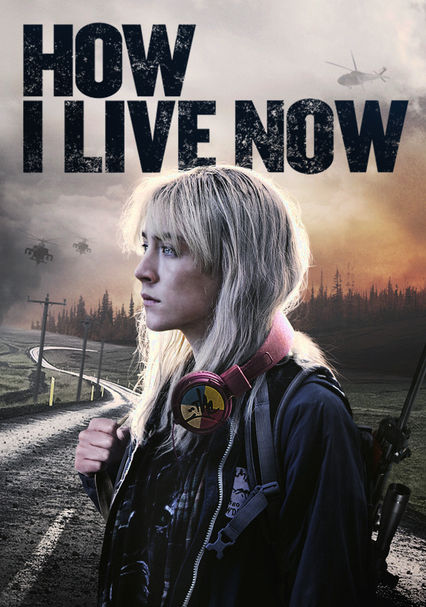 2013 R 1h 50m Blu-ray / DVD
While on vacation in rural England, American teen Daisy slowly comes to appreciate the people around her and soon falls in love with local boy Eddie. But her summer idyll comes to an abrupt end when rumors of World War III become a reality.

Parents need to know that How I Live Now is a wartime relationship drama set in the near future based on an award-winning young adult novel. The film adaptation doesn't shy away from the mature elements in the story: (semi-related) teens have sex, war breaks out, teen and adult characters die or live in constant peril, and there's a lot of strong language. The main love scene between two teens is discrete, and mostly in shadow, but audiences can see their bare backs, legs, kissing, and hear moaning. There's also passionate kissing and frequent use of "f--k," "a--hole," "s--t," and other expletives. The violence is realistic and disturbing and includes corpses and a potential rape. Parents and mature teens will have plenty to discuss about the nature of war, the importance of belonging, and the intensity of first love after the movie.

Teenage step-cousins (in the book they are first cousins) fall in love, kiss passionately, and have sex on more than one occasion. The love scenes don't show any nudity, but do linger on skin, particularly backs, faces, arms, and legs.

The war leads to martial law, gun-toting soldiers who drag the girls away and punch one of the brothers. Characters are shot or found dead. In one sequence, men are shown beating and about to rape or kill a woman. Two men menacingly follow two girls and catch one before the other shoots at them. A character finds a mound of corpses in bags and opens them open one by one looking for someone she recognizes.

The story emphasizes the importance of family and feeling at home somewhere, plus the intensity of finding a love to believe in and fighting to defend those you love.

Daisy takes pills, but it's unclear exactly what they're for; and several adults smoke cigarettes.