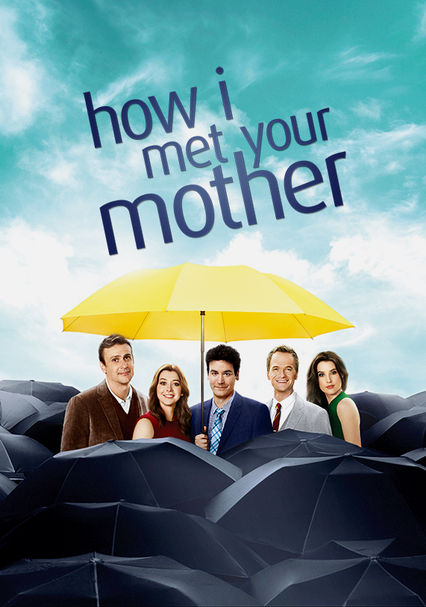 2005 NR 9 seasons
This sitcom details desperate bachelor Ted's epic search for his soul mate, told through flashbacks as an adult Ted recounts to his kids how he met their mom. As Ted bounces from one red herring to another, his best friends help keep him grounded.

When his best friend announces he's engaged, single guy Ted throws his search for a soul mate into high gear. Via flashback, he recounts to his kids 25 years later the often-hilarious story of how he met -- and eventually married -- their mother.

When Ted's best friends, Marshall and Lily, become engaged, Ted urgently sets out to find his soul mate. Coming to his aid is Barney, a highly opinionated, self-styled Casanova with a healthy obsession for suits.

In this season's antics, viewers meet the woman who "stole" Barney's virginity; Lily and Marshall go apartment hunting; Marshall has a career crisis; Ted and Barney come up with a ploy to pick up women; and more.

Through a series of mishaps as unpredictable as life itself, Ted gets closer to finding "the one" as he recounts to his kids how he met their mother 25 years earlier and describes his days of bachelorhood, when he was surrounded by his pals.

The gang's all back for yet another season of this popular, Emmy Award-winning CBS sitcom, centered on Ted Mosby's hilarious accounts of urban single life with his pals and his search for the eventual mother of his two children.

As it turns out, Ted Mosby's tale of how he met and eventually married the mother of his two kids is a pretty long story, a saga that continues in Season 6 of this sitcom that gets its kick from the ongoing mystery and a stellar ensemble cast.

The seventh season of this hit CBS sitcom about friendship and relationships follows up on the shocking revelation that Barney -- yes, Barney -- is getting married, exploring the how's, why's and (more importantly) who's of the equation.

Ted continues recounting the high jinks and mishaps that occur during his search for the woman who will eventually be the mother of his children in this eighth season of the popular Emmy Award-winning sitcom.

In the final season of this long-running sitcom, committed bachelor Barney Stinson takes the marital plunge with girlfriend Robin. The weekend of the wedding proves to be full of surprises, especially for Barney's longtime buddy Ted.

Parents need to know that How I Met Your Mother is an entertaining, refreshingly kooky sitcom focused on love and relationships, with a large dose of sexual-themed humor. There's plenty of flirting and innuendo, especially from one character who constantly tries to seduce women and then brags about his conquests. One of the main sets is a bar, where the gang gathers to drink and talk. Expect some swearing, including "damn," "bitch," and "ass."

Lots of innuendo and references to/discussions about sex, especially between amorous Marshall and Lily. Some fooling around on screen, and lots more is implied off screen. Characters are shown in various stages of partial dress, but there's no actual nudity. Barney is a serial womanizer who lives for casual hookups and avoids commitment.

Friendship and love are important on this show, which often examines the ties that bind its five main characters to each other -- and to others as well. Two are married to each other, and their solid relationship is strong enough to weather the bumps of sitcom plot twists. Other characters bounce between periods of being in relationships and being single, and they turn to their friends to help them recover from the inevitable bruises of their up-and-down romantic lives.

The main characters frequently convene for drinks at a neighborhood bar. Some references to being drunk and making poor decisions while intoxicated.