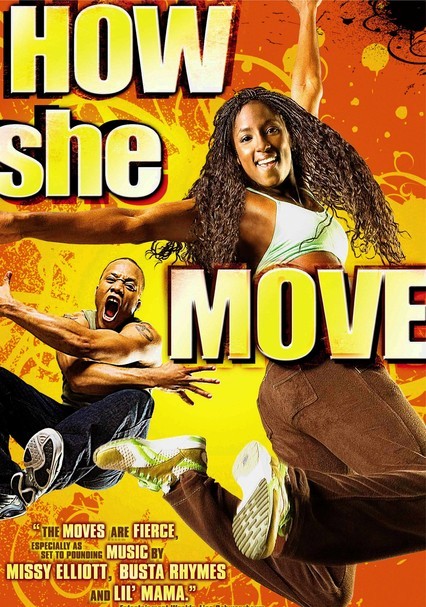 2007 PG-13 1h 31m DVD
A high school girl's (Tre Armstrong) future takes a turn for the worse when her sister dies from drug-related problems and she's removed from the comfort and privilege of her private school, forced to return to her old stomping grounds in a dangerous neighborhood. Struggling to readjust to the changes of living in the inner city, she eventually finds unexpected happiness by renewing her passion for step dancing.

Parents need to know that although this film depicts a hard-knock inner-city life in Toronto, its redemptive, inspirational themes -- that no matter who you are, you can and should dare to dream -- apply to everyone. There are hints of trouble (crime, drug issues) in the neighborhood, but they're fairly subtle, and although the main character's sister dies of an overdose, it's not shown, and the only drug shown on screen is marijuana. Some angry words are exchanged, but this is the type of film where characters settle their differences in "step offs" rather than with violence. There's some language, but -- other than one use of "f--k" -- it's not excessive.

Some "bumping and grinding" on the dance floor, and one lingering kiss. Song lyrics played during the step competitions allude to sex. Some scantily/suggestively clad women. A woman is shown straddling a man who's not wearing his shirt; they're in bed, and it seems like the prelude to sex.

Mild fight involving some shoving and yelling. Violence hinted at when two rival "crews" face off. A criminal is shown being arrested by cops.

Raya misleads her parents about how she's spending her free time. Boys wager on a dance match, a crew leader hints at drug dealing, and there are a few fights, but otherwise the story is redemptive and the characters are good-hearted; Raya is also academically ambitious and takes her studies really seriously. Some characters assume that girls can't step as well as the guys can and are reluctant to let Raya into the guys' crew.

Lots of mentions of the Step Monster, a dance competition.

A man is shown toking on a joint. Some discussions of heavier drug use, but nothing overt. The main character's sister died of an overdose (discussed, but not shown). The drug trade casts a shadow over Raya's neighborhood.