How the Garcia Girls Spent Their Summer 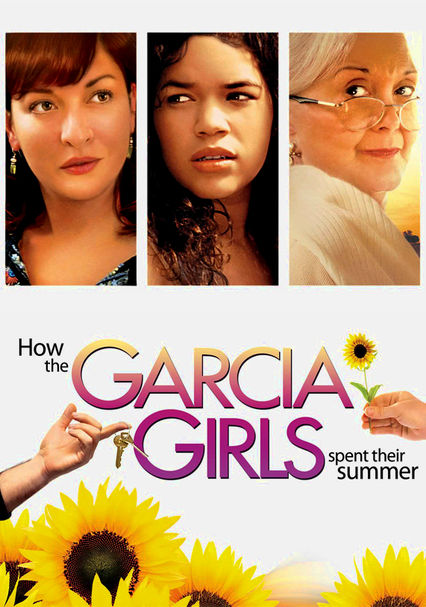 How the Garcia Girls Spent Their Summer

2005 R 2h 8m DVD
Mexican-American family matriarch Dona Genoveva (Lucy Gallardo), her divorced daughter Lolita (Elizabeth Peña) and teenage granddaughter Blanca (America Ferrera) all tinker with love during one sleepy summer in their Arizona border town. Dona's driving lessons take an unexpected turn, while things heat up at the butcher shop where Lolita works, and Blanca cooks up some romance for herself. This charming drama received a Grand Jury Prize nod at Sundance.

Parents need to know that this film examines how three women in one family but of different generations explore their sexuality and, in doing so, learn more about themselves. There's swearing, sexual innuendoes, and allusions to sex toys.

Plenty of misunderstandings between the women in this Mexican-American family, and some disrespect. But clearly they love each other, and want nothing more than for each of them to find happiness and peace. Some men are boorish when it comes to their attitude toward women; one character is downright lecherous.

Store signage, mention of products at a butcher shop.

Some social smoking and imbibing.