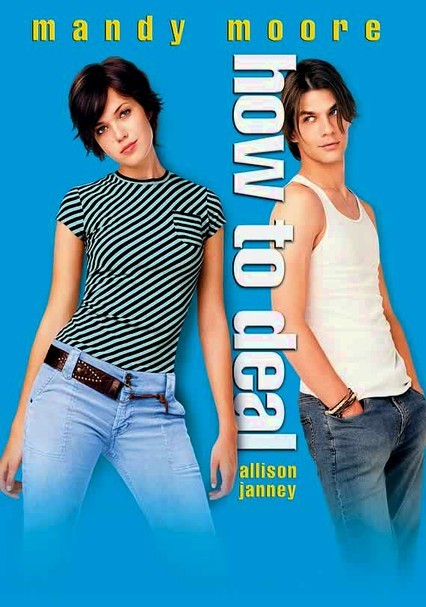 2003 PG-13 1h 41m DVD
What is love, anyway, but the fast lane to heartache? At least, that's what teenaged Halley thinks when learning "how to deal" with the complicated relationships in her life, which seem to point to a common conclusion: reality bites.

Parents need to know that the movie has some strong language, and teen smoking and drinking. The grandmother's use of marijuana is portrayed as humorous. Halley's friend and her boyfriend have sex and she becomes pregnant. Halley begins to have sex with her boyfriend, but then stops because she says she does not want to care too much about him. Halley's sister comes home drunk from a bachelorette party with a male stripper's underwear around her neck.

Sexual references and situations, including adultery and teen pregnancy.

A grandmother's drug use is played for laughs.

Teen drinking and smoking, and marijuana use (portrayed as humorous).