Howard Hughes: His Women and His Movies 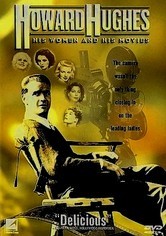 Howard Hughes: His Women and His Movies

2000 NR 0h 55m DVD
A reclusive millionaire who owed his fortune to his father, Howard Hughes staked his fame on many things, including his credits as a producer, director and aviator. But he is perhaps best known for his skills as a Casanova, reportedly romancing Jean Harlow, Ginger Rogers, Lana Turner, Rita Hayworth and Bette Davis. Actor Billy Zane narrates this documentary, which offers a glimpse of the man behind the glamour.