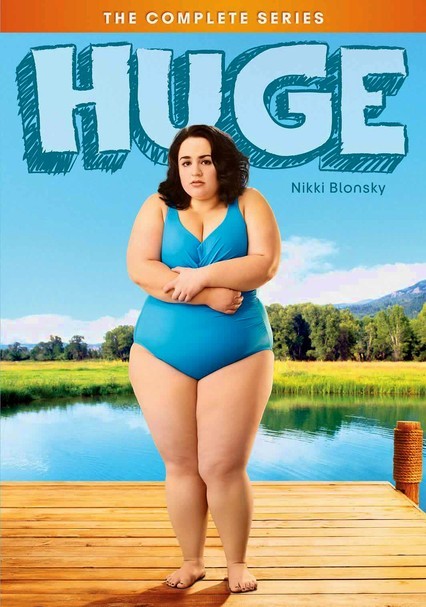 2010 TV-14 3 discs
Based on a novel by Sasha Paley, this humorous and provocative ABC Family drama series follows the intersecting lives of teens spending the summer at a weight-loss camp, where they must deal with relationships, popularity and self-image head on. The protagonists include Wil, a rebellious but talented tomboy who'd rather be anywhere else than at "fat camp," and Amber, a relatively slender camper who hates her weight but loves being queen bee.

Parents need to know that this drama deals with teen obesity and body image in an honest, thought-provoking way. The main characters' sensitivity to weight runs the gamut, so viewers can expect to see tears, frustration, and even self-directed jokes about being fat. The content also touches on other weight-related topics like bulimia and binge eating (as well as non-weight-related issues, such as sexual orientation). Although Huge is a scripted show, the characters' struggles with self-esteem will probably be relatable to most teens, so watching the show could be an intense experience. Talk to your teen about how to distinguish the show's positive messages about self-esteem and inner beauty from the more sensitive content.

Frequent use of phrases like "oh my God" and "shut up."

The show promotes acceptance and respect with its look at the struggles of overweight teens. Body image is a recurring theme, and the disparity among the characters' impressions of themselves invites discussions about society's perspective on beauty. The show addresses often-emotional issues such as eating disorders.