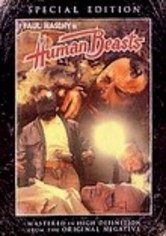 1980 NR 1h 24m DVD
After betraying his partner and girlfriend, Meiko (Eiko Nagashima), hit man Bruno Rivera (Paul Naschy) is rewarded with a gunshot. A wealthy doctor finds Bruno, takes him in and lets him recuperate in the company of his lusty daughters … and the ghost of their dead mother. Meanwhile, Meiko and her mob cohorts are hot on Bruno's trail, eager to finish the job they started. Horror impresario Naschy wrote and directed the Spanish cult horror.