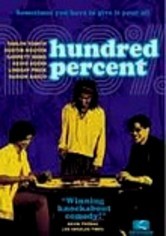 1998 NR 1h 30m DVD
Three friends from Venice, Calif., learn about personal sacrifice and surviving on the streets of Los Angeles. Romantic barista Isaac (Dustin Nguyen) is smitten with troubled Thaise (Tamlyn Tomita). Slim's (Darion Bosco) Rastafarian culture won't save him from local gangsters, and Troy (Garrett Wang) is an actor on the verge of his big Hollywood break. Eric Koyanagi makes his feature directorial debut with this triple-character comedy.