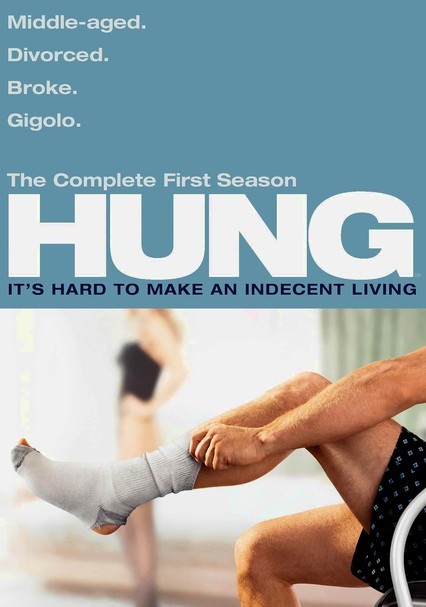 2009 TV-MA 2 discs
Beset by a perfect storm of personal and financial woes, desperate high school teacher Ray Drecker (Thomas Jane) attends a self-help seminar to discover a personal "winning tool" that he can market. He soon figures out the tool, and it's very personal indeed. With the help of an old flame and aspiring poet named Tanya (Jane Adams), Ray finds a new calling as a male escort servicing the Detroit area in this Golden Globe-nominated, offbeat HBO series.

Parents need to know that the title of this adult-themed dramedy (and many of its racy jokes) references the fact that main character Ray -- a "regular guy" who's drawn into the sex trade as a gigolo -- has a particularly big ... asset in his new sideline: a very large penis. The show is more talk than action from that perspective -- although there's still a good bit of both male and female nudity -- and the series' focus is really on Ray's serious financial woes and his relationships with his friends and family. Still, in addition to the explicit sexual content, expect plenty of uncensored swearing, as well as some drinking and casual drug use.

The entire series focuses on a regular guy's transition to a gigolo, so there are lots of references to sex and several sex scenes, including nudity. And, actually, Ray isn't totally average: The show's premise revolves around the fact that he has a very large penis, which he and his female pimp frequently discuss as his main selling point (accompanied by innuendoes and then some).

No fighting, but some very heated arguments.

A down-and-out schoolteacher, desperate for money, becomes a gigolo. He lies about his new profession to his family and doesn't seem too thrilled about it himself.

Social drinking at parties, and some recreational drug use. Ray often has a drink at home in the evenings.