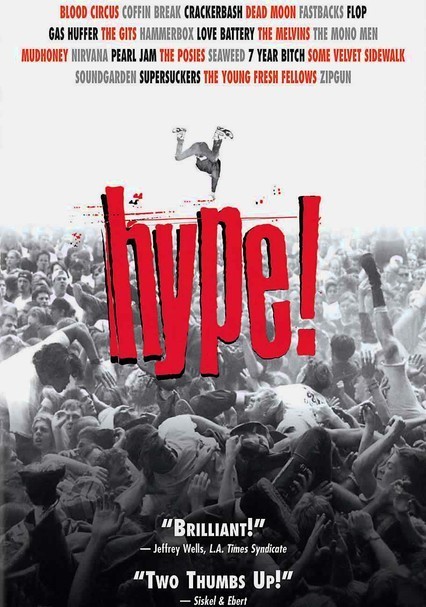 1996 NR 1h 24m DVD
Yes, it's all about the hype when you view this fascinating disc devoted to Seattle's underground scene. Includes rare concert footage, debut performances, interviews and the first-ever live performance of Nirvana's "Smells Like Teen Spirit." In addition, you'll view film footage by such bands as Soundgarden, Mudhoney, Melvins, Blood Circus, Crackerbash, Zipgun, Posies, Seaweed, 7-Year Bitch and many others.