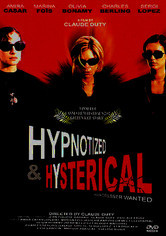 2002 NR 1h 40m DVD
Defying categorization by taking on a bit of every genre, this Cannes award-winning film explores how three perfect strangers -- a struggling single mother (Olivia Bonamy), an alcoholic hairdresser (Marina Fois) and a woman with serious man woes (Amira Casar) -- come together to solve one another's problems. Charles Berling co-stars in this comedy-drama-fantasy directed by Claude Duty in his feature-film debut.