I Am Cuba, the Siberian Mammoth 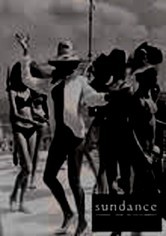 I Am Cuba, the Siberian Mammoth

2005 NR 1h 30m DVD
This fascinating documentary chronicles the making of the politically charged Soviet-Cuban cinematic production Soy Cuba (championed by such modern-day filmmakers as Martin Scorsese and Francis Ford Coppola). In tracing the back story behind the 1964 propaganda film, director Vicente Ferraz collects extensive interviews of surviving cast and crew, many of whom felt betrayed after the film was ridiculed in Cuba and panned by media critics.